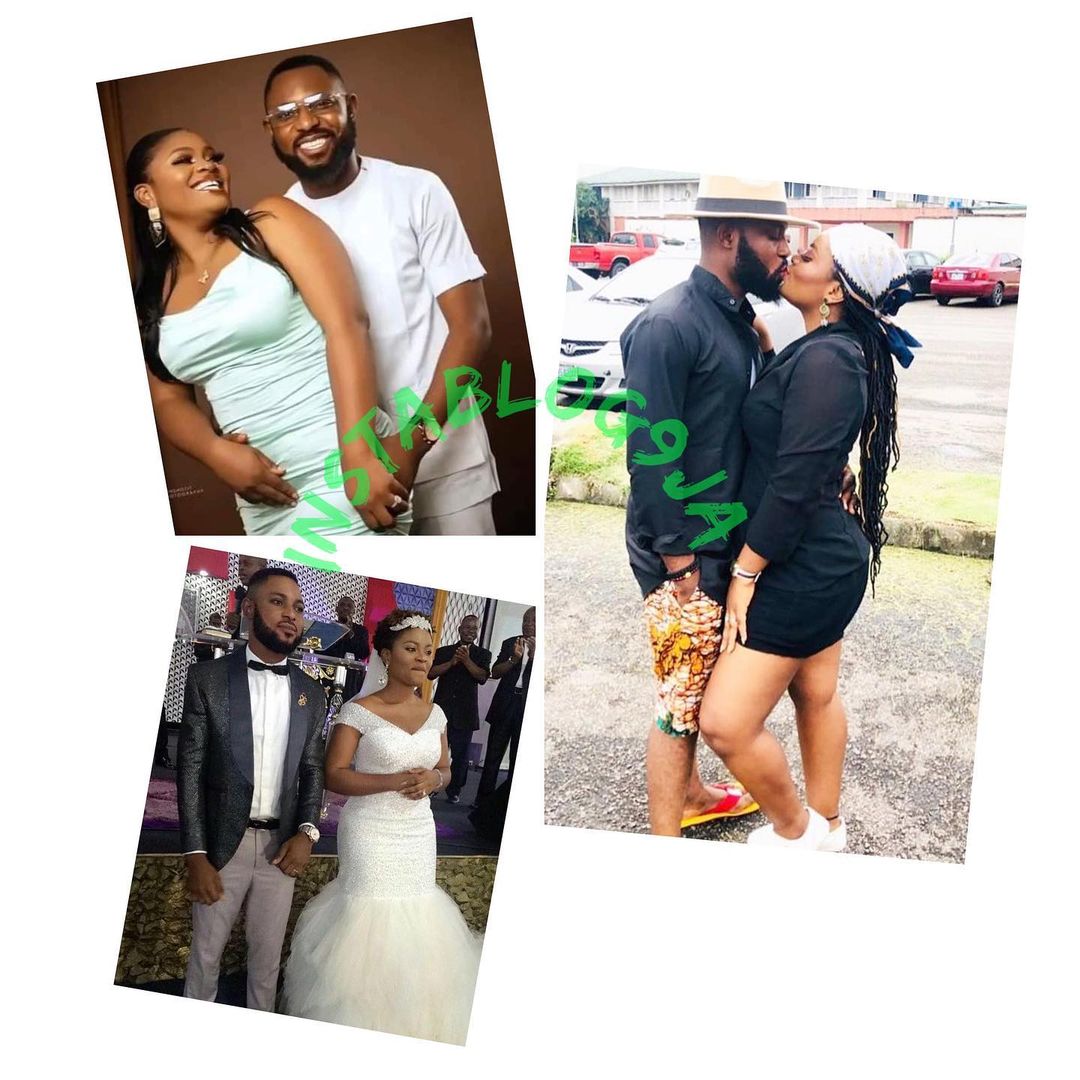 The embattled couple, Tega and Husband who most Nigerians have been worried over their mental health have kissed and settled.

You’d recall that Tega’s husband granted interview to Tunde Ednut expressing how downcast, broken and depressed he was after all his wife did during her short spell in big brother’s show.

Surprisingly, a video of the couple surfaced tonight having Tega in the company of friends welcoming her husband in a hotel where they hugged each other for a longer time while the friends were cheering them on to kiss.

They finally kissed with Tega jokingly pushing him away as she plays with some bottles of wine to celebrate their forgiveness party 🎉.

This would be after she released a video early apologizing to fans, seeking for forgiveness 🙏. 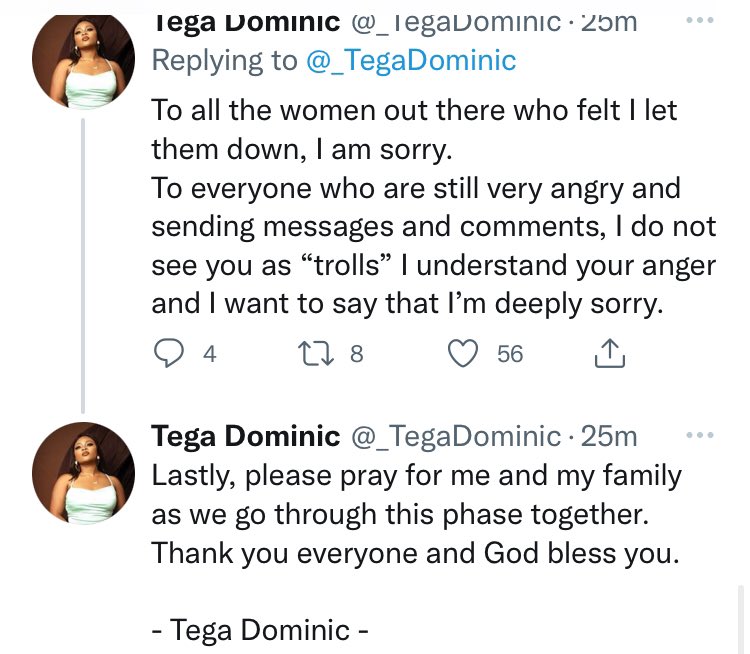 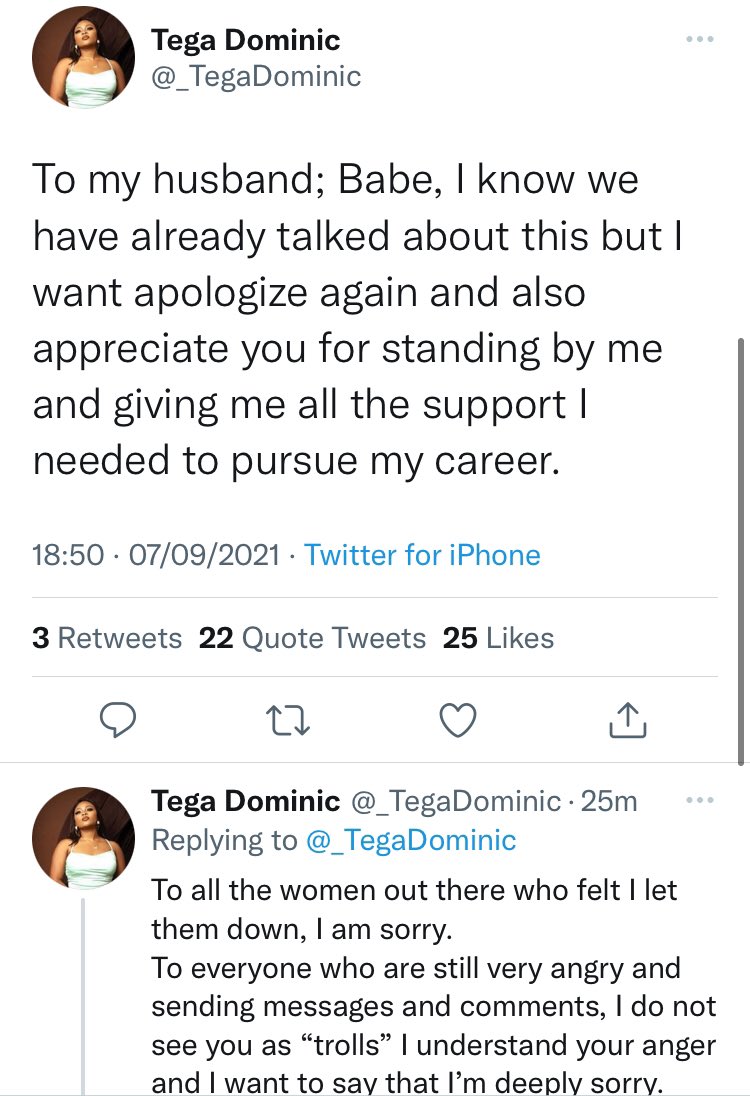 Tega breaks down in tears as she tenders public apology to her husband over her affair with Boma while in the house.
#BBNaija #BBNaijaShineYaEye cc @Gidi_Traffic pic.twitter.com/OzU5e0WJTt

TEGA Husband forgives his wife! He surprised her at the Hotel….this is so lovely😍😍🥺 pic.twitter.com/GedjUFKYTa