The nomination Monday is here again and the housemates have all gone inside the diary room to make their nominations known to Biggie as whom they would like to see exit the show.

See how they nominated below…. 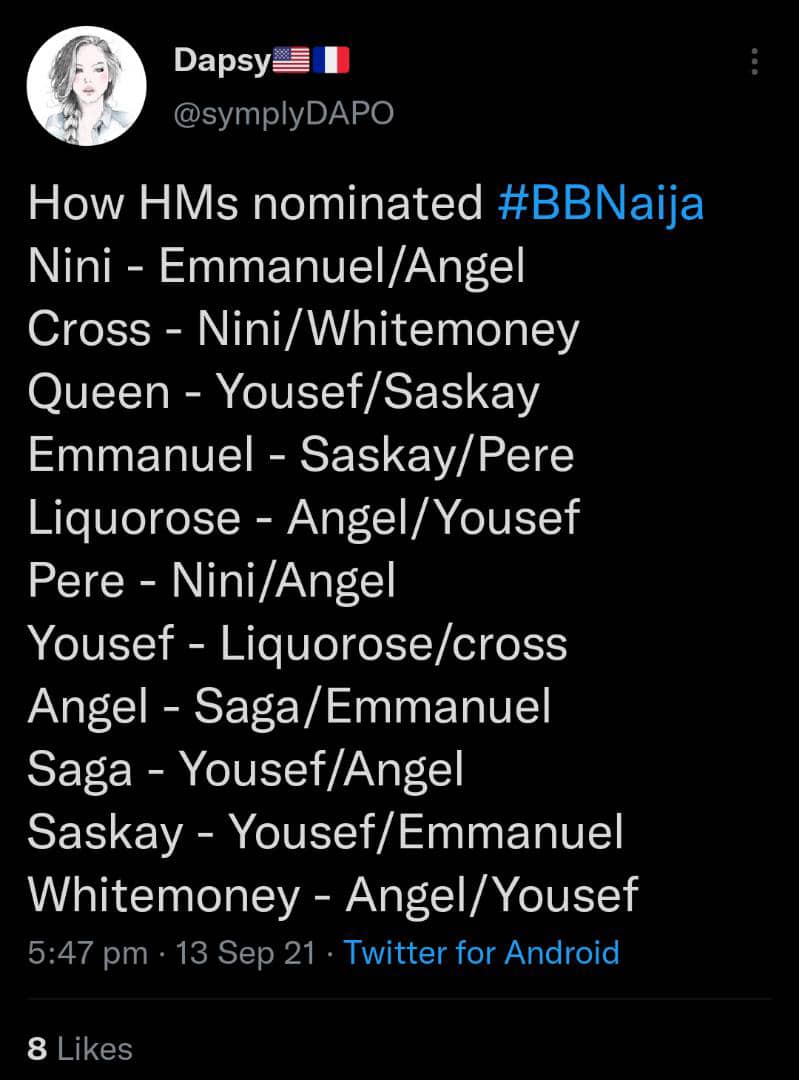 After the nomination,Angel, Yousef, Saskay, Nini and Emmanuel were initially up for eviction pending on the verdict of the HOH. 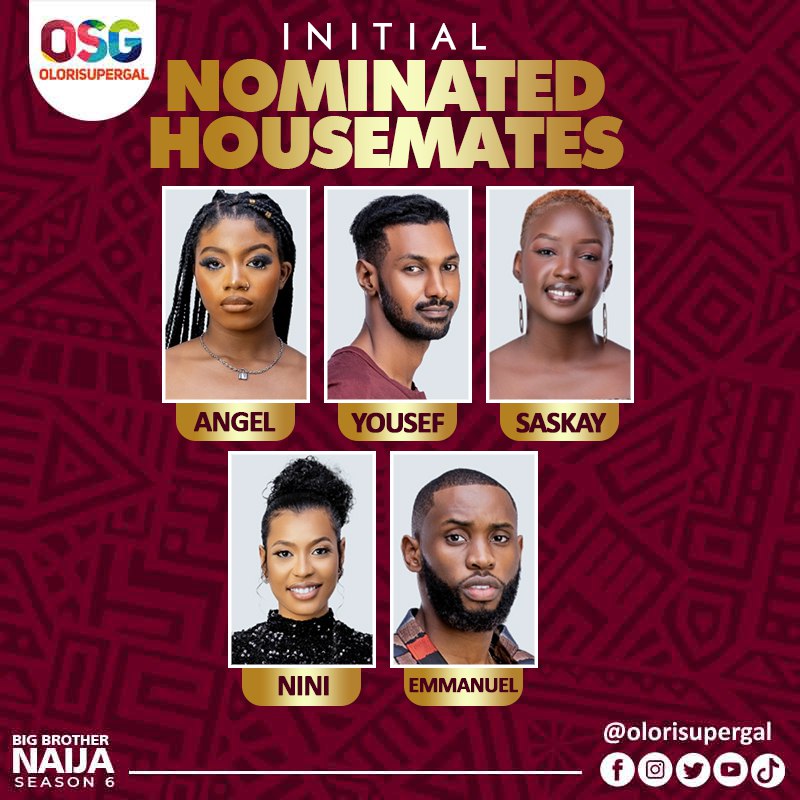