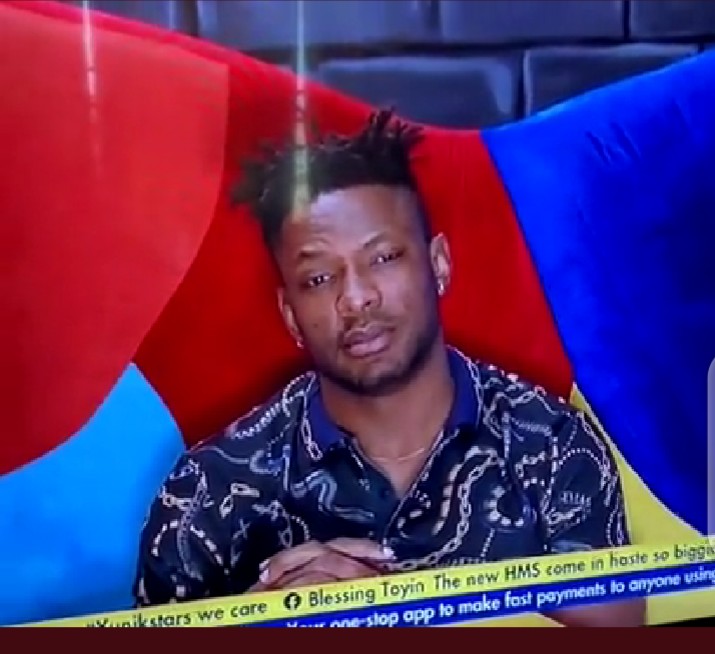 That man Cross is such so an underrated housemate in the ongoing Big Brother season 6.

Gradually, most viewers are beginning to vibe with Cross because of his easy going nature, funny and humble approaches to most occasions.

During his last diary session, he made not only the viewers laugh 😂 but supposedly Biggie himself as he responded to Biggie in a very hilarious way.

Biggie : Cross, it seems you are angry with Big brother introducing the new housemates.

Cross : yes, i was angry bro, i thought we’re family. As my big brother, thought you were supposed to talk to me as my elder bro before taking actions.. 😂

Biggie threatened to ban alcohol and he immediately apologized…