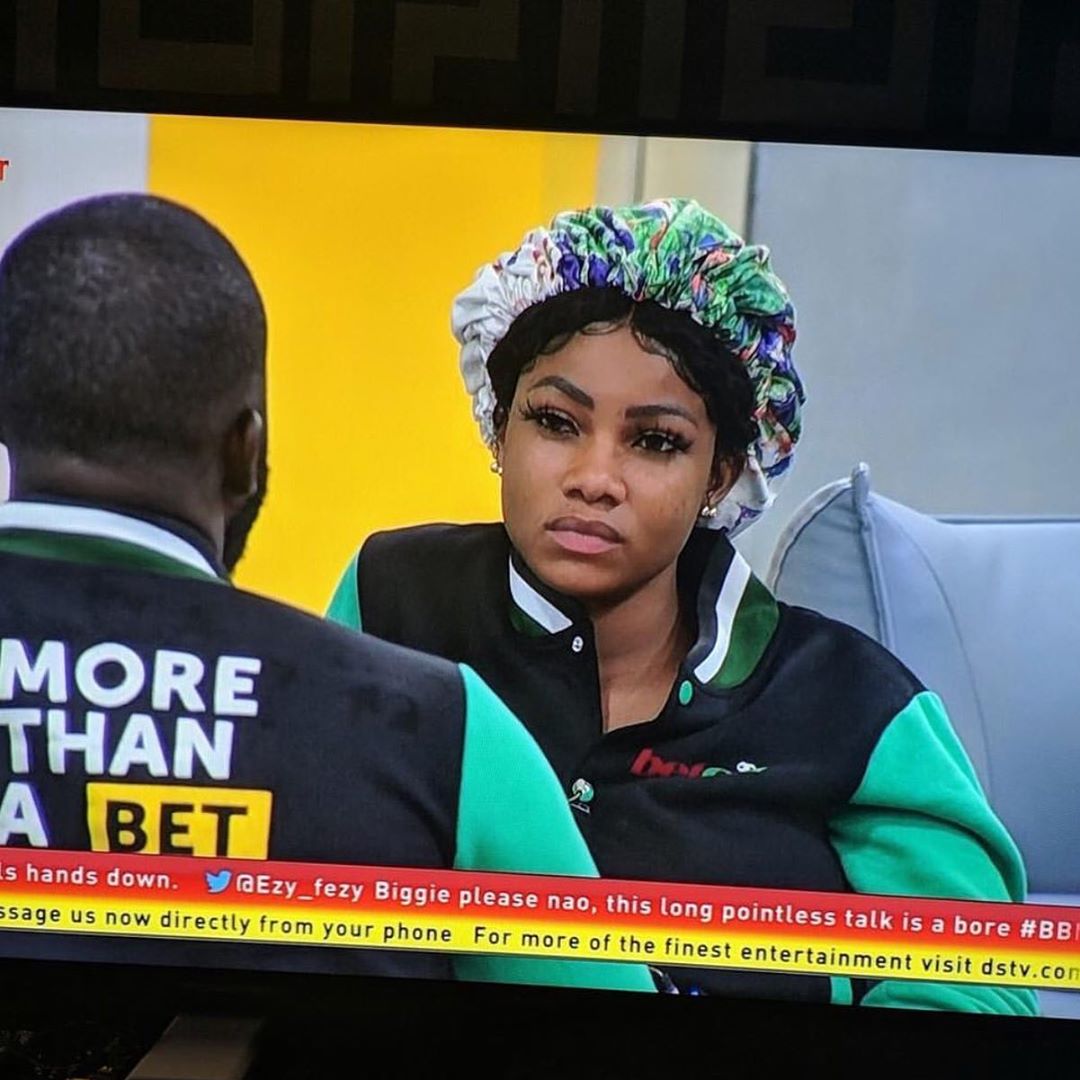 The Pepper Dem gang started their seventeenth day in Biggie’s House with an energetic workout. After a frog jump exercise led by Tuoyo, the ladies were treated to some fun when strapped to the men’s back like babies they were smiling broadly and urging the men on, as they raced from one end of the Arena to another. The sweet rhythm seemed to be fuel to the men’s energy as they sped to the other side like a jet.

After the workout session, they all went back into the room preparing for the day’s Tasks. Some of them had to use the bathroom. Frodd was ready to use the bathroom but realized that Tacha was already there. As he made to go in, Tacha sent him back with peppery words. She wouldn’t allow any of the guys have their bath because she Tacha was bathing. Eh, who dares to mess with the Queen! While some of the guys in the dressing room kept their cool about Tacha’s missile words, Ike was angry asking Tacha to at least show some respect. 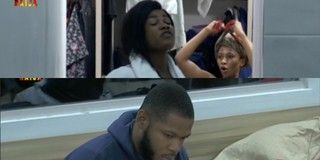 Because Frodd didn’t say a word (remember the saying, silence is the best answer for a fool?), Tacha became enraged hurling verbal missiles at him. She called him all sorts of names like “stupid”, “idiot” “multi-coloured human being”. However peppery these words were, Frodd kept his cool.

When Tacha came out of the bathroom, she started to abuse Frood the more, as though her earlier expressions were like a preamble. As she peppered the mute Froidd with very powerful abusive words, to the extent of referring him back home, Frodd came out of the bathroom not saying a single word. This seemed to surprise other Housemates who were probably expecting him to come out in full force charging at Tacha. A few minutes later, all went silent.

Then suddenly Tacha started again, this time, using very powerful expressions that could hurt even the gentlest of human being. She said that Frodd should feel lucky to be in the same place with her, as on a normal day she was too big a person to have anything to do with her. Hmmm, on fire!

While this verbal exchange went on unstopped, the other housemates were there looking on, there was not even a single utterance by anyone of them. Could they be afraid of Tacha? Or were they just minding their business?

Considering Tacha’s choice of words and the determined manner with which she expressed them, can we see a case of someone waiting for this chance, as if there had been a misunderstanding earlier on.

See the video below

Did you catch the fight between the guys and Tacha? Over using the bathroom. Follow me o for more content #bbnaija19 #Bbnaija pic.twitter.com/2tytmgwiev