The former Secretary to the Government of the Federation, Babachir Lawal and the former Speaker of the House of Representatives, Yakubu Dogara on Saturday met with Rivers State Governor, Nyesom Wike.

The visit comes one day after both members of the All Progressives Congress spearhead a northern Christian gathering to formally reject the Muslim-Muslim ticket of their party.

Governor Wike on Friday also spoke vehemently about some misgivings in his political party, the Peoples Democratic Party.

The visitors, on their arrival were led into a closed door meeting at the private residence of Governor Wike in Port Harcourt.

After the meeting, Lawal said they had just fulfilled a biblical injunction to visit one another.

Dogara said Wike is an indispensable politician that fits into their aspiration to build an inclusive Nigeria. 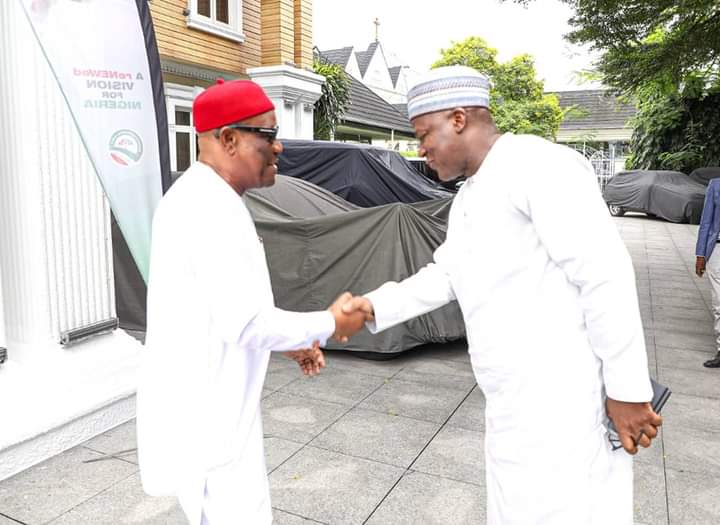 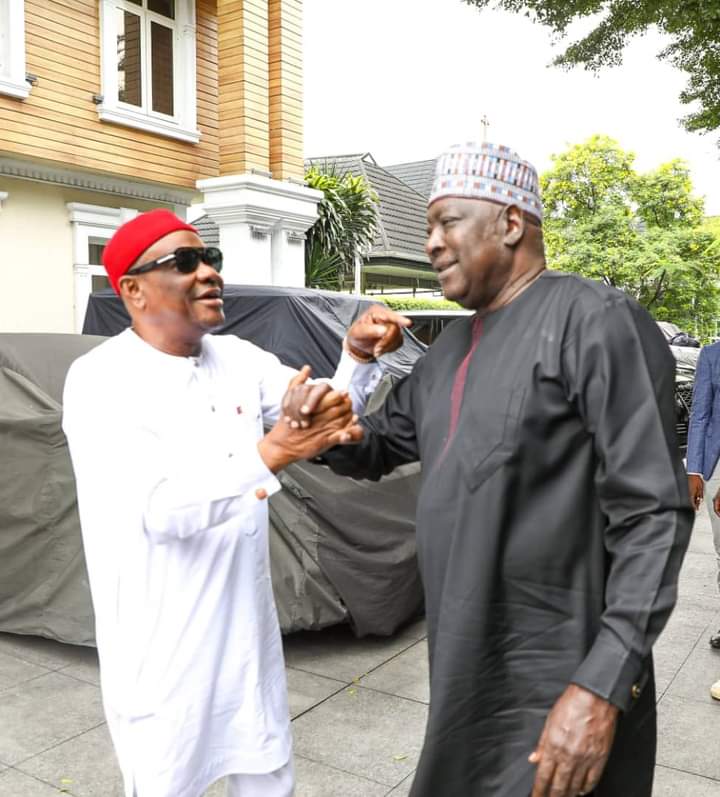 One Thought to “Babachir Lawal, Dogara Meet With Wike ‘For Inclusive Nigeria(pictures) .”