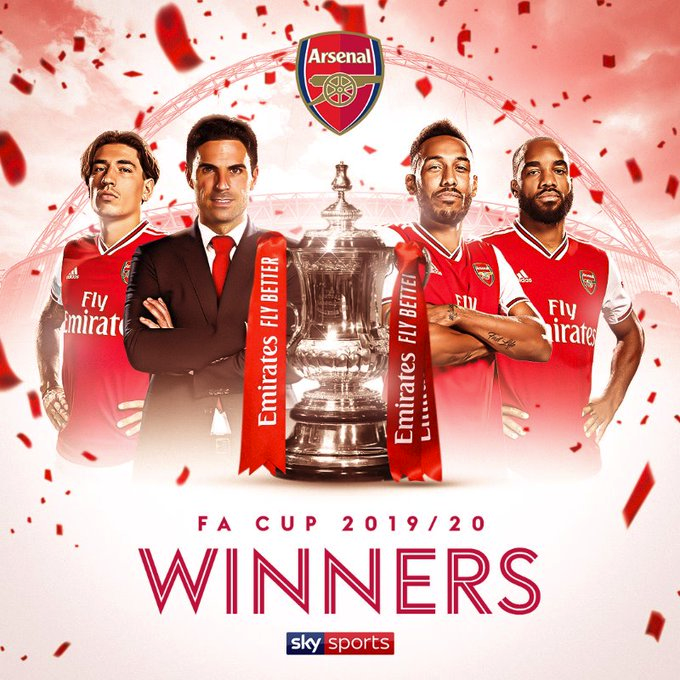 Arsenal football club of England are officially the FA cup winner of 2020 after beating Chelsea 2-1 at wembley stadium.

Chelsea scored at the early part of the March as Aubameyang equalized before scoring another to put Arsenal top of the game.

This would be the 14th time Arsenal would be lifting the league.