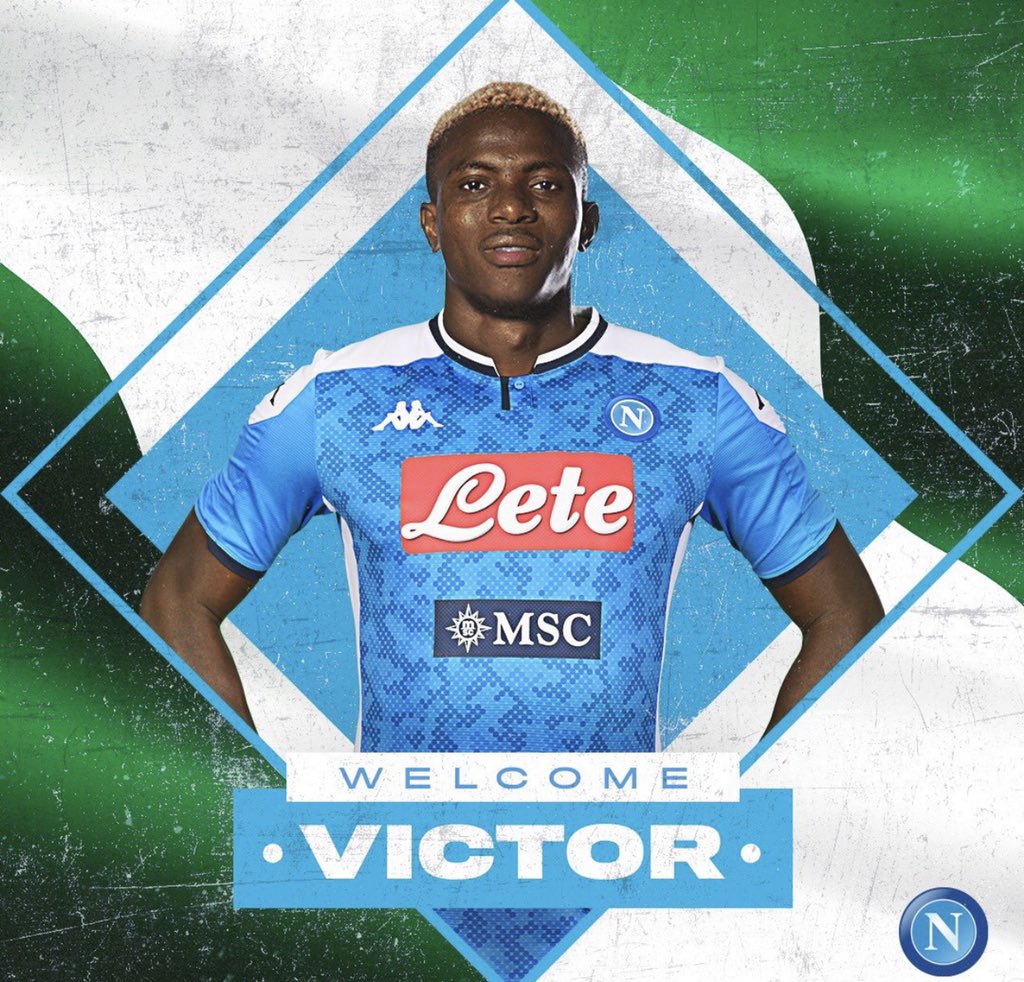 The Nigerian international striker has joined the Serie A side on a big money deal, having been linked with several top European clubs this summer.

Napoli have confirmed the signing of Nigeria international forward Victor Osimhen from Lille.

Osimhen had been linked with several top European clubs following his impressive goalscoring season, including Arsenal and Liverpool, although he will appear in Serie A in the 2020-21 campaign.

The 10 times-capped Nigerian forward – who has scored four goals for his country – first moved to Europe in 2017 with Wolfsburg in the Bundesliga, before moving to Charleroi in Belgium, initially on loan and then in a permanent transfer.

He was hugely impressive in Belgium as he managed 36 goals in 37 appearances, earning him a €14m (£13m/$17m) move to Ligue 1, where his impressive scoring form continued.

Osimhen will spearhead Napoli’s attack next season as they look to return to the Champions League having missed out this year. The Neapolitan side will finish only seventh in Serie A, although they have guaranteed qualification for the Europa League group stage by winning the Coppa Italia.

Big things are expected of the highly-rated 21-year-old, with Osimhen capable of making a similar impact at Napoli as Diego Maradona once did, according to the head of Nigerian football, Amaju Pinnick.

Pinnick told Radio Kiss Kiss last week: “I think Victor Osimhen is an excellent signing for Napoli. I’ve followed them from when they had Maradona. Naples is a proud city and also in football terms.

“Osimhen is a source of pride for African football. He’s someone who is disciplined but focused on objectives, and if he wants something, he knows how to get it. He made the right decision for his career. I already believe he’ll receive the right support from the club and its fans.

Napoli are the right club for him to achieve important results, and Osimhen will always give his best. I’ll say it now: Victor will do everything possible to match and even break the records set by a legend like Maradona.

“I talked to Victor just a few minutes ago, he’s very excited about his new experience and new club. Napoli is a big name in world football. It’ll be a new challenge for him and he told me: ‘President, I’ll make Naples proud’.

“If he gets the right support, I guarantee he’ll stick to his word and make you all proud. Believe in him and he’ll help the team achieve their objectives. I’ll come to Naples next season to watch some of their games. Osimhen is young and could stay at Napoli for a long time.”