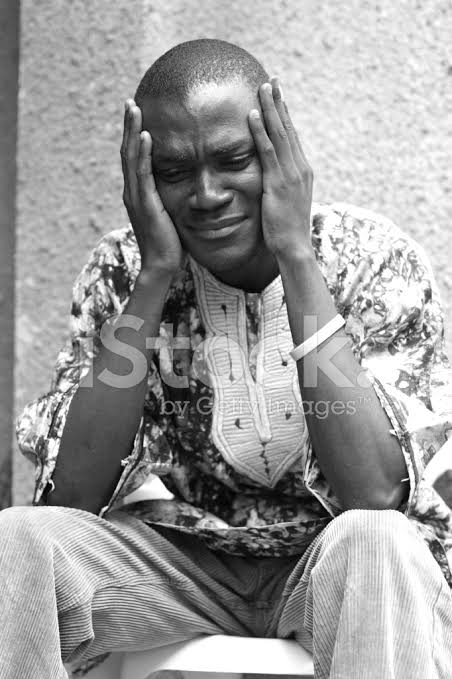 I was expecting my father-in-law with his friends in Abuja in a few days and I wanted them to stay in my house. I lived in a duplex and there was enough space to accommodate them. I didn’t want my father-in-law and his friends to stay in a hotel when they would come. Again, I wanted an opportunity to prove that I was financially capable and buoyant.
“Could you help us pay for four rooms in any of the hotels around? We are spending two days?” my father in-law had told me on the phone.

I could understand why he wanted them to stay in a hotel or guest house. He didn’t know that I now lived in a duplex. The last time he visited us was about five years before and at that time we lived in a two-room apartment. He must have thought that we were still living as paupers in that same place. He didn’t know that fortune had smiled at me over the years and that I had moved to a bigger and better place.
“I will arrange for where to stay Sir,” I promised. “I am sure you will be fine sir.”

He thanked me and hung up.
My wife and I drove to the market the next day with a list of items to buy. The guests would be coming to Abuja in six days. There was no time to waste. I didn’t want to leave any stone unturned.
It was not until a day before they arrived that we noticed something strange. The toilets at the boys’ quarters were malfunctioning. I ran to the guest room and discovered that even that one was worse. It was not flushing.

When I poured water in it, it remained in the dish for some time before it began to sip the water like a bird. I quickly called a friend and asked if he knew any good plumber.
“It’s urgent,” I thundered into the mouthpiece of the phone. “Please send me his number as soon as possible.”
Femi was an engineer and knew exactly how to find such people at the snap of his fingers. He sent me a phone number in seconds.

REUBEN, HERE IS FRAK’S NUMBER. HE IS VERY GOOD.
I quickly called the plumber and gave him the direction to my house. He said he would be with me shortly.
Frank was a handsome young man of about twenty five years old. He looked very agitated when he arrived. Something told me that he had an issue bothering him but I could not tell what that issue was.
He went round the house like one upon whose head all the problems of the world sat on.

After he had checked and detected the fault, he wrote me a quotation of the materials I needed to buy. Everything amounted to thirty eight thousand naira. I gave him forty thousand.
“My workmanship is fifteen thousand naira Sir,” he reminded me when I gave him the money. “I didn’t include that.”
I hadn’t any time for argument. Fifteen thousand naira was fine with me.
“Just make sure the job is done today. My guests will be arriving tomorrow from Illorin.”

He said he would come to the house as soon as he returned from the market with the materials.
I left money with my wife who was busy at the kitchen. She was going to cook six different soups that day. Felicia, the house help was also darting about with oily hands.

“Please make sure everything is working perfectly before you pay the plumber.” I told my wife before storming out of the house.
I was shocked when I returned home in the evening and was told that the plumber did not come to fix the toilets.
I called his number. The line was switched off. I called again. It was switched off.

One thought on “The Plumber – Episode 1 (short story)”