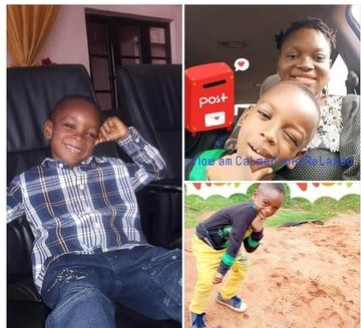 The “Calm down”little boy whose video went viral has bagged an Ambassador role shortly after Governor,Jide Sanwo Olu of lagos state requested to meet him as well.

An association identified as fighting domestic violence and abuse foundation seeked for the little boy in a public notice as to make him their Ambassador after adopting his words “calm down” as their mantra.

We, the president, (Chief Dozie Kaidi Obiaku), members and trustees of the Combat Domestic Violence and Abuse Foundation would like to enjoin the general public to help us get to the boy in the viral video.

We would love to make him an ambassador.

Every violence in the world could be avoided if we learnt to clam down.

We have adopted ‘Calm down’ as a key mantra now and we would love to bring the boy in as one of us.

Please help us find him. Thank you.

After they made the appeal, the boy indeed was found..

Behold Our Calm Down Ambassador

I want to say thank you to all those who shared my request to meet the ‘Calm Down’ boy in the viral video.

Mr. Ajala, got me thr telephone number of Mrs. Lawal and we have spoken.

Our board of the Combat Domestic Violence and Abuse Foundation are in talks about how our ambassador will help us preach the need for restraint when we are angry.

You will all the hearing from us soon.

Thank you once again.. 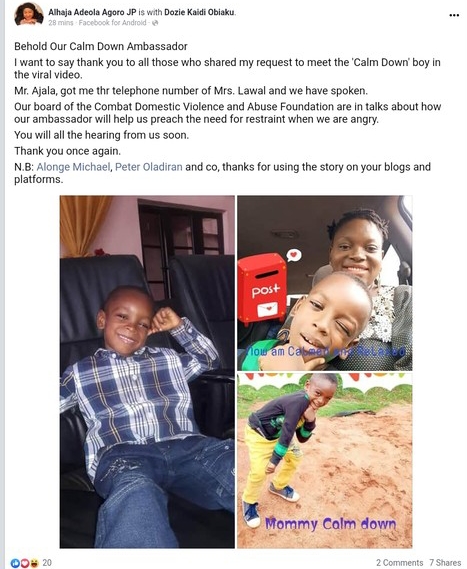 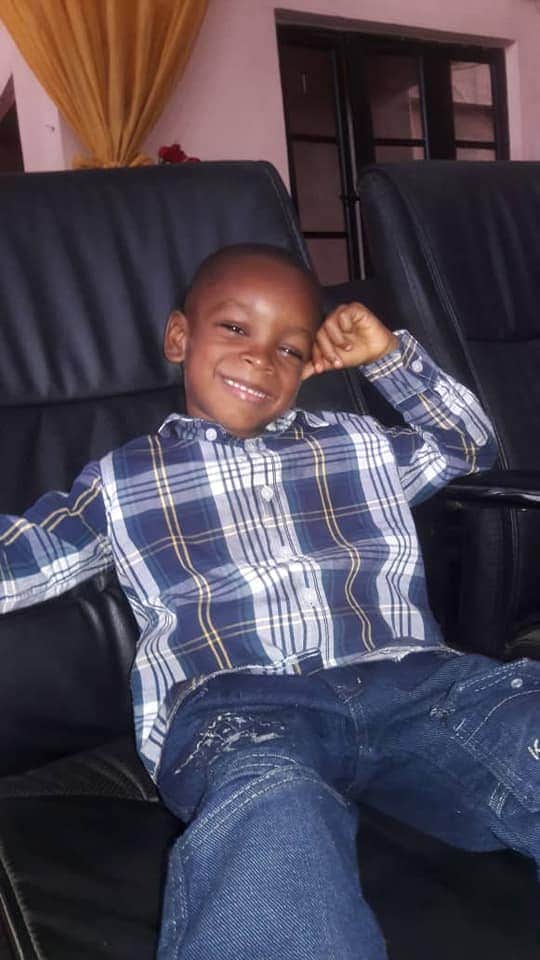