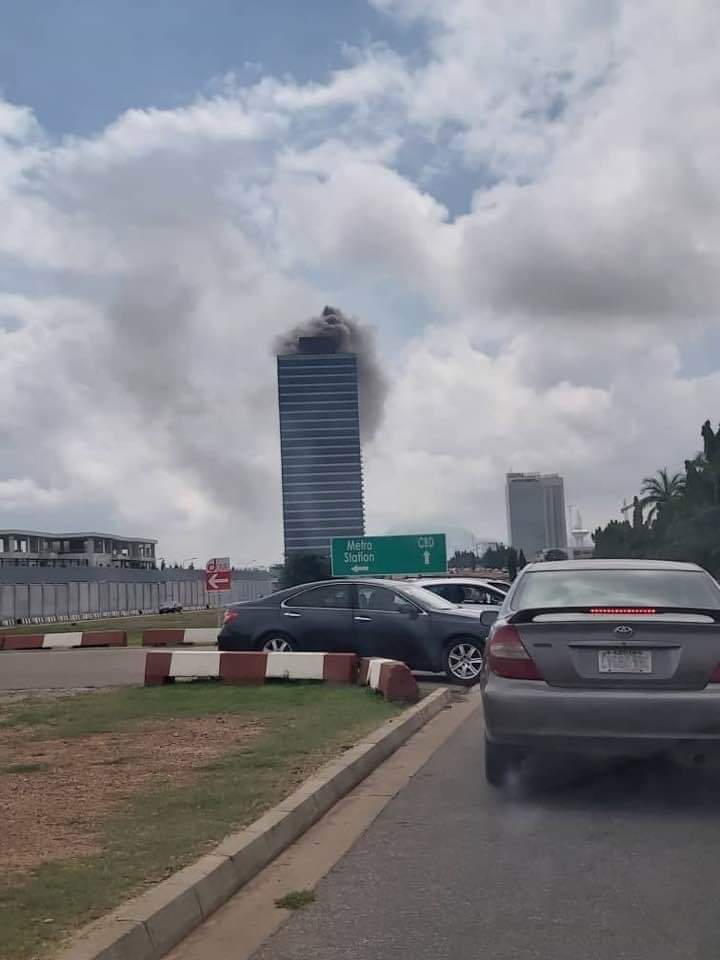 Fire on Monday gutted a section of the World Trade Centre building located in the Federal Capital Territory, Abuja.

An eyewitness told The PUNCH that the fire started from the top of the skyscraper which dots the skyline of Central Business District, Abuja as smoke billowed from the pinnacle.

First responders including firefighters have since been drafted to the incident scene.

Since it began in 1939 in New York, United States, the World Trade Centre brand has since become global trade hubs in more than 90 countries including Nigeria.

– Just In: World Trade Centre is currently on fire in Abuja.