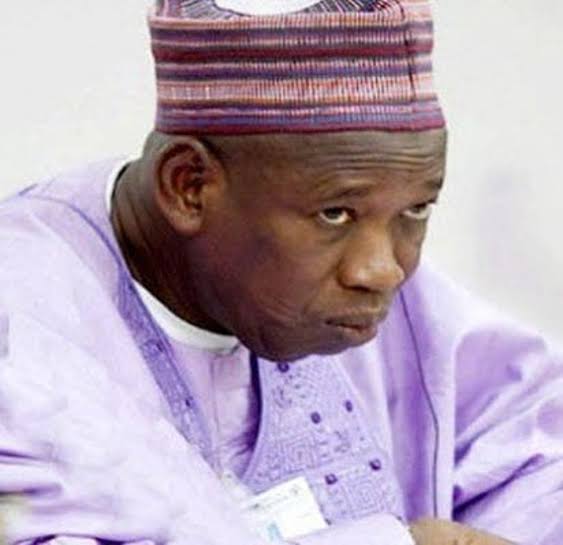 A scandalous video published showing Kano State Governor, Umar Ganduje pocketing vast wads of American dollars in what was said to be bribe payments from public works contractors, has been put on repeat on the biggest screen in the biggest roundabout in Edo State.

In the video released by the Editor-In-Chief of Daily Nigerian, Jaafar Jaafar, in 2018, the Governor was shown collecting bribes in dollars and stuffing the wads of money in his white “Agbada” also known as “babariga” cloth.

The video shows the Governor darting his eyes, perhaps towards the door every now and then to ensure nobody was coming in.

The video also shows the happy governor pack the money into a paper bag under his table.

The governor frustrated a probe by the state assembly of the scandal as he secured a court injunction to stop the probe.

Journalist Jafaar, appeared before the lawmakers and defended the authenticity of the video.

The video sparked outrage on social media, with many calling for the impeachment of the Governor.

Ganduje, who enjoys immunity from prosecution as a sitting governor, has not been probed for the scandal by any anti-graft agency.

The Kano governor won his re-election last year despite the bribery scandal.

The ruling All Progressive Congress (APC) recently appointed Ganduje, to head its campaign council for the Edo State governorship election.

The APC’s candidate in the September 19 governorship election in Edo is Osagie Ize-Iyamu, a pastor who decamped from the main opposition party, People’s Democratic Party (PDP).

Ize-Iyamu’s main challenger is incumbent governor Godwin Obaseki who decamped from the APC to the PDP.

As seen in Benin, Edo state. Niger Delta politics is always on another level.