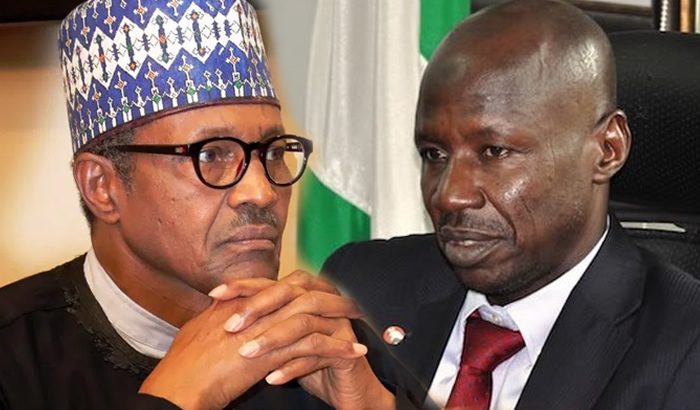 Buhari had earlier set up a presidential panel headed by Justice Ayo Salami to probe the various allegations leveled against the EFCC boss.

The panel grilled Magu for hours on Monday at the Presidential Villa, Abuja before he was taken into police custody.

A source privy to the investigation confirmed Magu’s suspension to The PUNCH on Tuesday.

This is because if he keeps the keys, there can be a kind of tampering with documents or evidence.

“It is not logical and it is even undemocratic to allow such to happen.”

The Presidency has yet to issue a formal statement on the issue as of the time of filing this report.

The presidential panel has, however, resumed sitting at the Presidential Villa, Abuja.