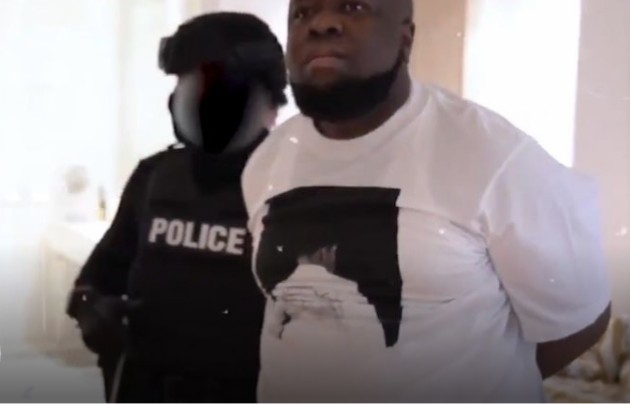 A social media celebrity, who flaunted his opulent lifestyle to millions of followers on Instagram, has appeared in court in the US charged with running a global scam which allegedly targeted a Premier League club.

Ramon Abbas, known to his social media followers as “Ray Hushpuppi”, was arrested in Dubai last month after a months-long investigation led by the FBI.

In a dramatic video produced by Dubai police, officers taking part in what was dubbed “Operation Fox Hunt 2” are seen breaking through the doors of Hushpuppi’s home while he slept.

A dozen alleged co-conspirators were also arrested in a series of coordinated raids.

In dozens of Instagram posts over the last few years, the 37-year-old Nigerian national has boasted of living the extravagant lifestyle of the super-rich jet-set.

Investigators say they were able to track his movements by following his posts on his Instagram account, which has 2.4 million followers.

Read Also : The Rise and fall of Invictus Obi & Hushpuppi

In court documents, the US Department of Justice alleged: “Abbas maintains social media accounts that frequently showed him in designer clothes, wearing expensive watches and posing in or with luxury cars and charter jets.

“The FBI’s investigation has revealed that Abbas finances this opulent lifestyle through crime.”

Hushpuppi is alleged to have operated what is known as a business email compromise or BEC scheme, hacking corporate emails and tricking staff into making money transfers. He is also accused of conspiring to launder millions of dollars in stolen money.

“Abbas and others further conspired to launder hundreds of millions of dollars from other fraudulent schemes and computer intrusions, including one scheme to steal £100m (approximately $124m) from an English Premier League soccer club,” the Department of Justice said. 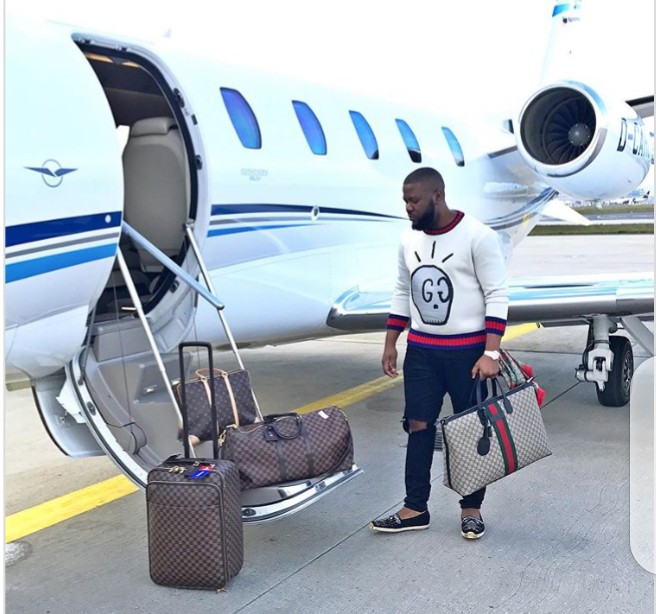 The Premier League club is not identified in the criminal complaint.

In a statement, US Attorney Nick Hanna said: “BEC schemes are one of the most difficult cyber crimes we encounter as they typically involve a coordinated group of con artists scattered around the world who have experience with computer hacking and exploiting the international financial system.

“This case targets a key player in a large, transnational conspiracy who was living an opulent lifestyle in another country while allegedly providing safe havens for stolen money around the world. As this case demonstrates, my office will continue to hold such criminals accountable, no matter where they live.”

If he is found guilty of conspiracy to engage in money laundering, Hushpuppi would face a maximum sentence of 20 years in a US federal prison.

In his last Instagram post in early June, under a picture of a Rolls-Royce and the hashtag AllMine, he wrote: “May success and prosperity not be a ‘once upon a time’ story in your life.”

With a praying emoji, he adds: “Continue to shame those waiting for me to be shamed.”