You’d recall that Dj Cuppy who had been an Arsenal fan for a longer time felt she couldn’t bear the incessant heartbreaks any longer from Arsenal after they lost 3-0 to Manchester City.

She, therefore, promised to quit the club if they lose their next game which they did by losing 2-1 to bottom team, Brighton Hoves & Albion. 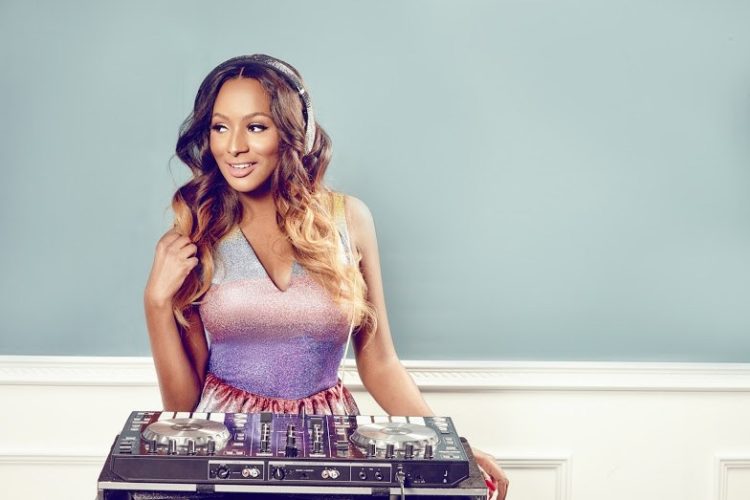 Yesterday, she made a random post on her official twitter account stating she would join Manchester united football club if Odion Ighalo , Nigerian ex-international scores during their much heated encounter with Norwich city Fc in an English FA cup semifinals and Odion Ighalo never disappointed.

Incidentally,Manchester united through their official twitter handle aacknowledged her switch. 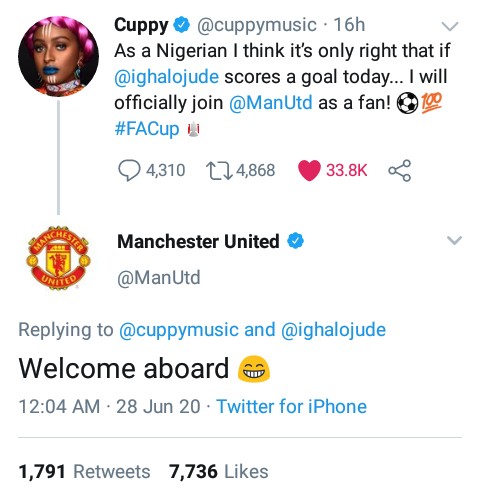