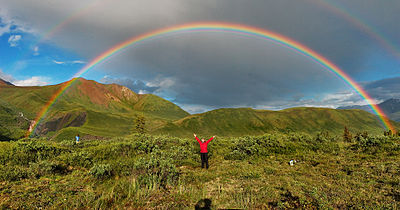 Jojo looks like she was going to break down and start crying like a child. Tears dropped from her eyes as she pleads. I was touched and will not let her die of hunger when I can help her. Jojo said she was sorry for her past actions but I know Jojo is a good actress, she was only pulling all this pity to herself so that she can get help from me.

I’m ready to help her but she must keep her distance after now. Our friendship has ended and i will never trust her closeness ever again.

I wasn’t having enough cash with me at that moment. Within that week Ohio transferred money to my account to do some shopping for myself and for my parents since I was moving in with them again and my last pay cheque was not touched. It was still intact.

I asked Jojo for her new account details after she told me she close down her old account because of Silas.

Jojo quickly called it out to me. I transferred enough money to her account which can pay her rent and get her standing again.

The only problem is that I won’t be doing any shopping for myself but I will get something for my parents.

Jojo almost prostrated to thank me after seeing the alert on her phone. She did not believe I will give her such amount of money. She wanted to hug me but I asked her to leave and never show her face close again. She was jumping happily. She looked at Kontri who was still watching us and winked at him before running off.

After she left, I began to smile. The Jojo I know will never change. But I like the happiness I see on her face, it made me smile. But even at that, Jojo can never be my friend again. I only helped her because my heart couldn’t stand her pain.

I moved back to my parents’ house and spend some of my weekend in Ohio’s house. Even when he traveled I still go there during weekends.

After another month passed by, we were all ready to resume our wedding plans. Ohio and I started our plans again. Kontri was assigned to follow me everywhere and make sure I was safe. I don’t really like the idea of Kontri driving me everywhere and watching me like a hawk to a chick.

I feel safe enough, I don’t need a guard and do not think anybody will want to try and hurt me again. But Ohio wouldn’t hear of that.

He told me that he can’t bear the thought or be able to live with himself if anything happens to me. he said I was already exposed to danger and Kontri will be both my driver and body guard until he is very sure everything is well settled.

During Ohio’s free time he teaches me how to drive. I was learning so fast while our wedding plan was still ongoing even though we have not gotten pass the kissing level yet.

I still speak with Teri concerning our wedding hall and how the decoration will be.

Even my parents were very supportive with the plans and my Dad never troubles me again about marriage or anything. He was even saying I shouldn’t rush things, I should take my time and be sure of what I want. My Dad was loving and very kind whenever we sit to talk. That was what I expected from him long time ago instead of his usual bashing and constant reminder of how much of a failure I was. He was no more like his old self.

I guess my Dad changed mainly because he saw I was engaged and will soon be getting married to a wealthy man like Ohio.

Whatever made him change, i like it and was enjoying the moment of living with them again until I’m fully Mrs Jacobs.

No matter how long it takes I will get there, Cherry wanted to be Mrs Jacobs and that lead her into plotting evil. Jojo also tried but did not succeed.

I believe whatever belongs to me, will not be taken away from me…no matter how the enemies try. It may take time but it will still finds its way back to me.

My long awaited happiness has already been preordained and it will come to past very soon.

“whaaaat! Are you serious right now by asking me such question? We are not having this conversation Becca. What has come over you…?

He barked at me angrily while getting up to his feet. But I wasn’t ready to let go, we must tackle this and get to the root of it. I think I have kept quiet enough and is time to really know what was going on.

“Answer the question Ohio. Don’t try to dodge from it because I’m fully ready to find out the truth. I deserve to know and if there’s anything you are hiding then spill it out and stop all this childish game. Tell me and make me understand, is better said out than all this confusing attitude that you kept pulling.

“Becca, you are seriously asking me if I’m impotent or have issue with my manhood? And you expect me to answer you straight up? I’m trying to understanding the angle all this is coming from but I can’t help but feel insulted.

“I never meant it as an insult. Is a very straight and simple question Ohio. But if you feel insulted then that’s fine. All that matter to me is to get an answer. We have being together for sometime even before you asked me to marry you. We did not get pass kissing and smooching which I try so hard to understand and respect your principles. But we are engaged to each other and in a month’ time we will be saying I do. What is still keeping us from getting intimate? For crying out loud we are getting married Ohio. Do your so called principles stop you from getting intimate in bed with the woman you claim to love or is there something more that I need to know? Say it…I’m tired of keeping quiet. Let me know what I’m really getting into. I don’t cheat in a relationship and will never think of it in marriage but aside everything, I need my man to be sexually active because I am. I have no apology for it….I’m very active and is been very difficult not getting what I want from you. You told me before that you are not a virgin but even if you are one and you never slept with a woman before then start with me. I will teach you how to go about it. But I’m afraid that it maybe some terminal disease which you are trying to keep away. Knowing fully well that it will hurt our future and prevent our chances of having children, yet you want to keep it to yourself. Melinda said it even Jojo once said you maybe impotent and I’m beginning to see reason to it. Now, I believe nobody can have it all. You are too good to be true Ohio. I knew there must be something lacking in you because is not possible for you to have it all. I have not even seen the full size of what is beneath those pant of yours….let me see it and confirm first. And also chose my battle wisely. If there is any illness or anything at all tell me….

Hang on for the Next Episode…..

One thought on “Colorless Rainbow – Episode 26”