The supper Eagles of Nigeria 🇳🇬 grabbed all important 3 Points in the first leg of the Group L opener in Godswill Akpabio Township stadium 🏟 in Uyo.

The visitors, Benin Republic 🇧🇯 grabbed the first goal so early at the 3′ of the first half by S. Sessegnon before Super Eagles bounced back to win the match with goals from Victor Osimhen and Samuel Kalu at 45′ and 65′ respectively….

Congratulations to them as they top the group before traveling to play Lesotho 🇱🇸.

Now, let’s get down to the brass tacks…… The major reason this post was made…

Ordinarily, no one would have been privy to watch the match even as it was played in Nigerian soil if not for the wonderful people of NTA…….. The largest television network in Africa…….

All thanks to them….

Unless you watched the match, you might not understand the shambolic coverage NTA people served us…..

Painfully enough, the camera men where covering the grasses and the legs of the players on the pitch…..

Once the ball flicks off the ground…… Forget it…. We would be forced to listen to the more annoying commentators who i doubt would do better of NYSC OBS newscasters….. 😂 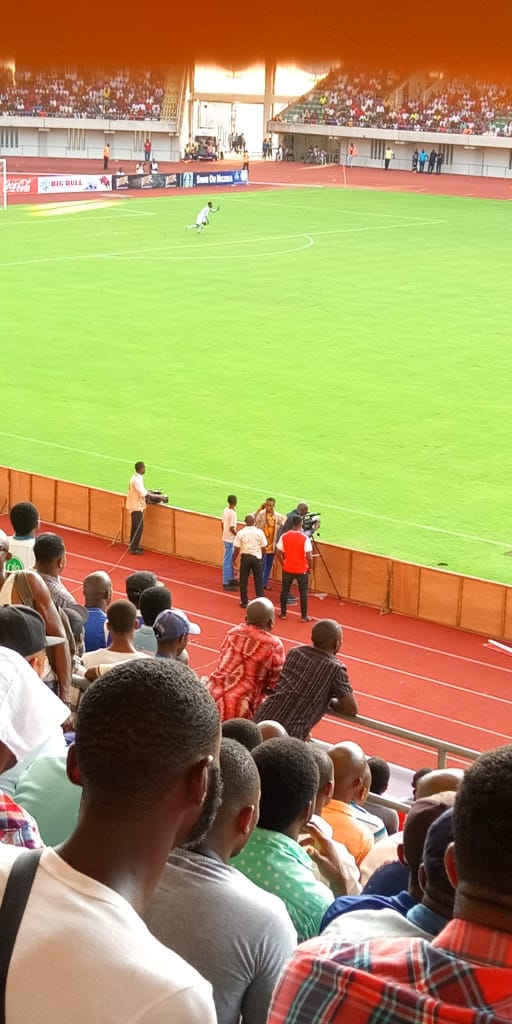 I was battling to find which was better…. The Camera men or the commentators….

In all fairness, i think the camera men would win as sometimes, they showed the fan’s stand……. That was the only time their camera would look up to the mountains, where our help would come from…..

Before i continue, are these the same NTA that said they would be televising EPL matches?….. “nsogbu adịghị” (no problem)

The annoying commentators who seemed though they were having a friendly chat in the studio may likely be watching the match like all of us at home as he kept saying repeatedly…….. “we’re in the final 10 mins of the match…..” no digital time was displayed so he wouldn’t know.

Painfully, he couldn’t even remember where Iwobi plays….

Commentator (1st half):
“A shot from Alex Iwobi the Arsenal MIDFIELDER”

Commentator (2nd half):
“A wonderful shot from Alex Iwobi the arsenal striker”

Now, i didn’t write all these to abuse the largest Television network in Africa nor insult the commentators but to admonish them to grow up…..

We should be able to compete with Multichoice (Super sports) not behave like an archaic analogous stations in the early 70’s.

Meanwhile, i careless about some sorts of excuse NTA gave about late information Brouhaha…..

Ndidi: Should do more for 🇳🇬