The Nigerian male Berbie( cross dresser), Bob Risky who recently acquired a clean Range Rover was physically abused by a man who appeared to have bashed his car.

The incidence occurred at Jakande area of Lekki in lagos state as posted by an eye witness.

From the video, Bob Nwanyị-ocha Risky was trying to snap the guy’s plate number before he violently smashed the phone 📱 twice. The aggrieved Bob ran to the guy’s car and took something off it before heading to his own car.

The man ran after him and started beating him/her up inside his/her Range.

It took a while before onlookers decided to wade in.

Many persons never supported this act as they frowned at it as a form of abuse and bullying. Meanwhile, see some reactions from people below….. 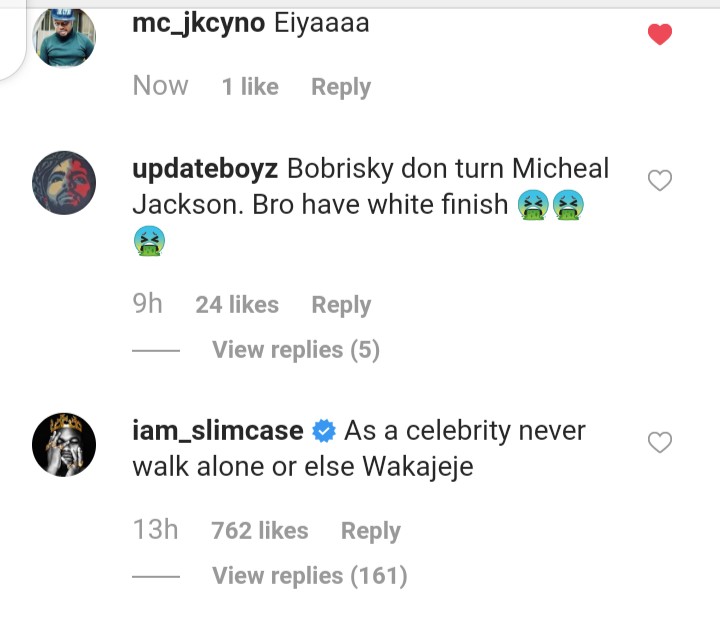 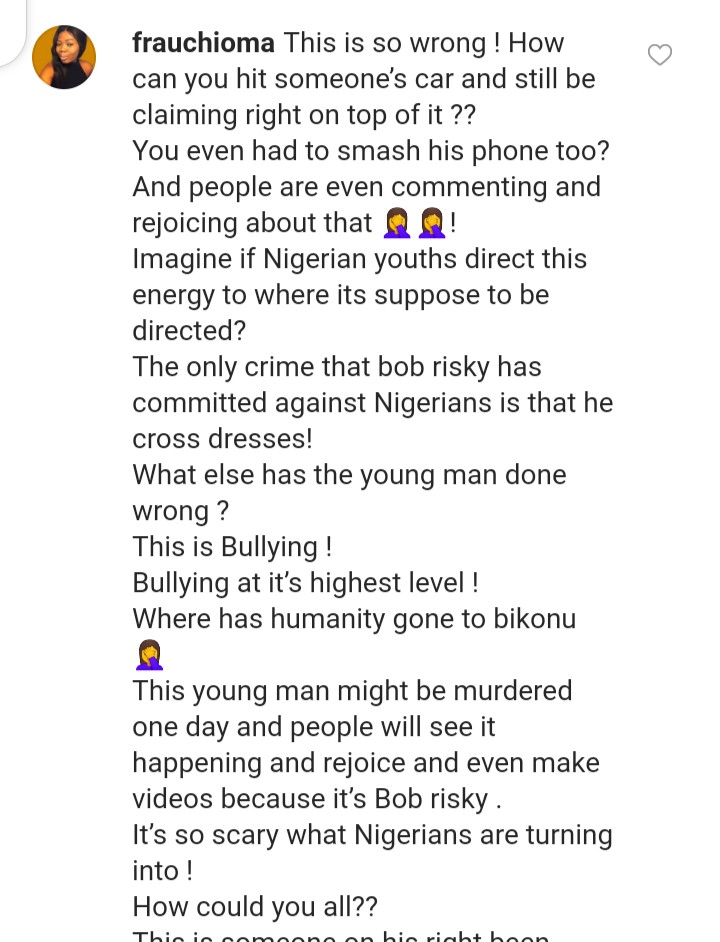 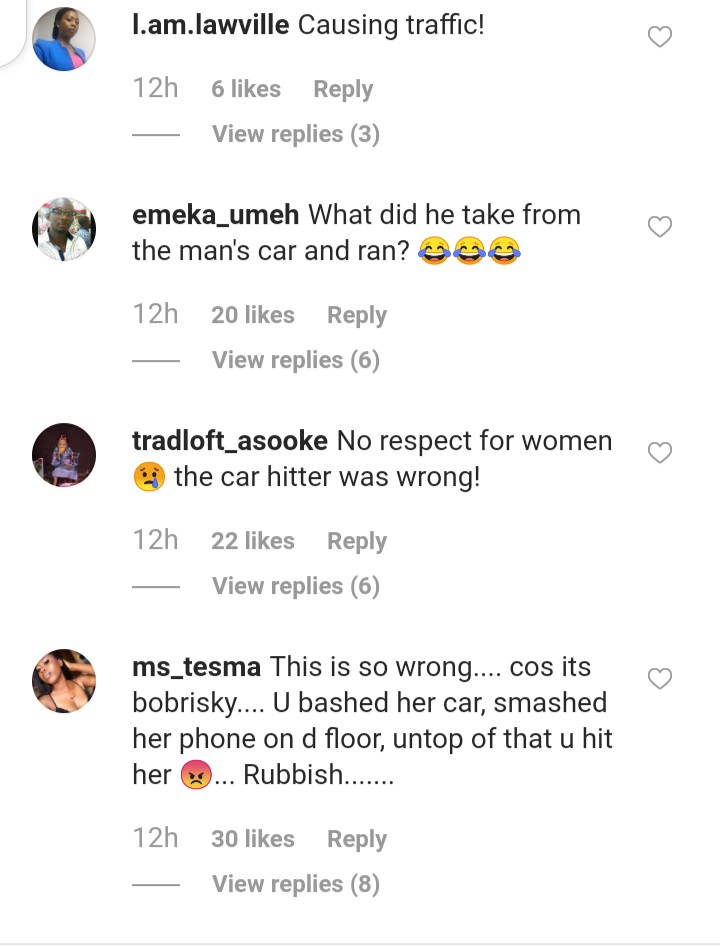 2 thoughts on “Bobrisky Beaten Up In Lekki traffic (video)”