#BBNaija : Without saying too much, you all know Ebuka has indeed ruled when it comes to outfit goals. Tonight wasn’t different as he did what he knows how to do best, in his outfit from Ugo Monye. We wonder if Ebuka will let us have the cape he dropped on the stage, so we too can also drip with sauce. 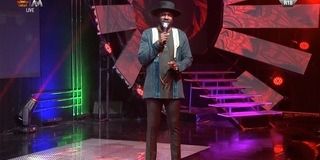 Sparking up the stage tonight was Seyi Shay. Opening the show with her song ‘Ragga Ragga’ the crowd couldn’t help but go down low as the beat washed over them. And when we thought we couldn’t go on, Seyi switched up the volts with ‘Gimme Love’ and ‘Right now’ as she wrapped up tonight’s Eviction show. Phew! That was the real definition of electric performance. Definitely, the Big Brother stage felt the Seyi Shay touch. 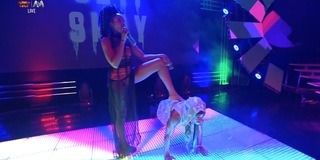 The chat we usually keep our fingers crossed for, came soon enough as Ebuka had ‘the talk’ with the Pepper Dem Gang.

Starting with Seyi unwrapping his week as Head of House, Ebuka asked Seyi how he claimed to have had a happy reign even with all the drama that happened this week. We reckon setting the record as the only Housemate to have earned the crown three times this Season made him happy this week.

For Mike, bagging the award as the worst lead role performance, will not stop his future acting career. He proudly revealed to Ebuka how he intends to add “actor” to his social media platforms. Yes Mike, sell yourself! 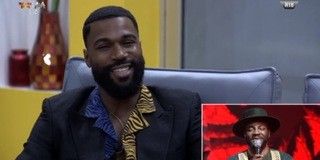 For her first time, Cindy mounted the BB Naija stage and had a chat with Ebuka. Being the seventeenth Housemate to be Evicted from the House, Cindy had a moment to share her final words in the House to Africa.

On the stage, she finally got to tell us what really happened with the Red Box. According to her, she announced to everyone who cared to listen that she was the one who left the box under the table. Also, she addressed the ludo drama with Enkay and reassured us that this wasn’t a big issue and was only a joke between the Housemates.

“I want a lady to win, so I’m rooting for Mercy to win,” she told Ebuka.

The music enthusiast did not fail to chip in the fact that she’s into real estate. The sky is only your starting point and we can’t wait to see you soar.

Elozonam became the nineteenth Housemate to leave the Pepper Dem House and this announcement from Ebuka was met with farewell hugs and chants. Clearly it was a great and notable announcement as they celebrated baby Hercules for making it as one of the Pepper Dem ten. Longer hugs from Diane and Mercy only means one thing, he’ll surely be missed by his resident family.

Like the Pepper Dem Gang are fond of saying, “Big Brother Naija sweet but na Eviction spoil am”. So it was tonight as Ike and Elozonam bade their goodbyes to the House and to their lovers.

“We’re friends and that’s what it is for now,” Elozonam confessed about what’s going on between him and Diane. He also told Ebuka that his high moments in the House were all the times he won titles and money prizes in the game.

We wish him success as he continues to succeed in his career path. 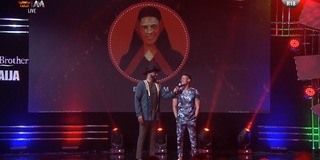 With the Pepper Dem brothers being the last men standing on the Nomination block, one could feel the tension in the air. There’s no Ike without Mike and in a matter of seconds, we’ll experience an Ike without Mike.

After the long minute of silence, Ike was the twentieth Housemate to leave the Big Brother Naija House. As expected, his exit was followed with a mix of hugs and tears from Mercy, definitely not the birthday gift she was expecting. There’s no doubt that the resident gangsta and Igwe Tupac will be greatly missed by all.

“I’m so excited to see some money coming soon,” he told Ebuka as he climbed the stage. Ike also revealed that he noticed Mercy the moment he came into the House but he always had a feeling that he would be with her. “KimOprah was my girl, Tacha was really cool but Mercy was my number one; I can say I love her.” We’ll be on the lookout for these two.

On the question of Coins, he simply told Ebuka that Coins can be lost and found and in his defence, “I’m a Coin finder, not a thief”. Trust Ike to give us some smooth lover boy vibes and he did when he told Ebuka that sacrificing his Coins for Mercy’s Immunity was worth it.

He’s ready to go into business and of course, he wants his baby to win. 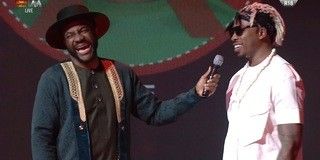 With six Housemates left in the Pepper Dem race, we reckon the final week will be the tightest week this Season. The game is still on in the journey to the Pepper Dem crown, so strap up for the next Ultimate VPH twist.

See how the fans voted….. 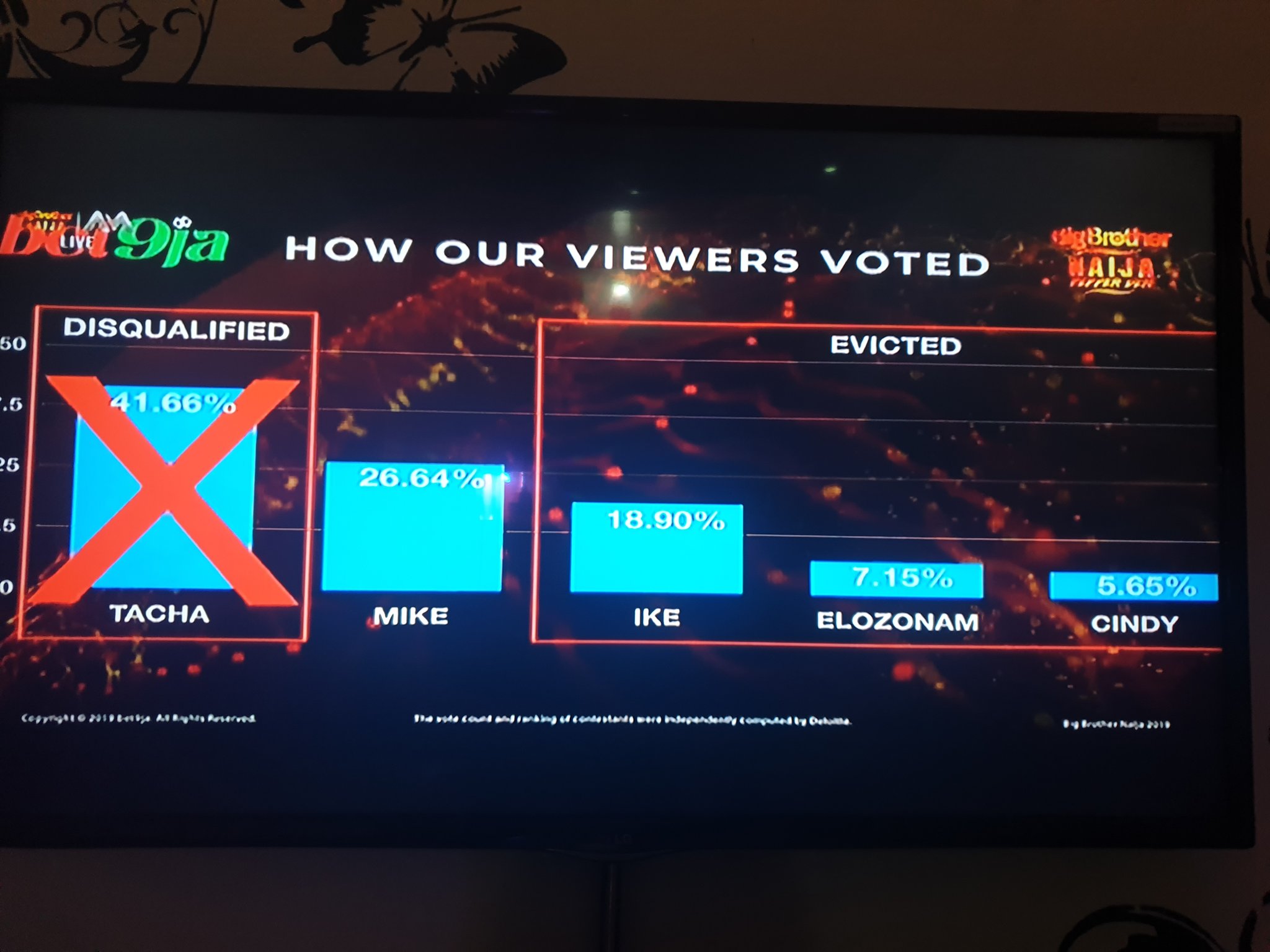 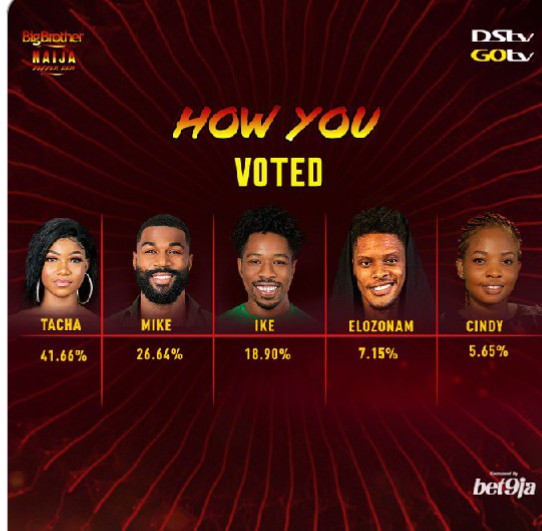 1 thought on “#BBNaija : Ike and Elozonam bow out from Biggie’s show”

Breaking : Immediate Past GMD of NNPC, Baru is dead